The number of mobile apps in Google Play and the App Store is growing daily, but quantity doesn’t always mean quality.

So, in stores, meaningless and ridiculous applications that can only be downloaded for entertainment are increasingly appearing. Check more details at apppearl.

At the same time, it is surprising that many absurd ideas find their audience. We have compiled a selection of the TOP 10 most unusual ones. 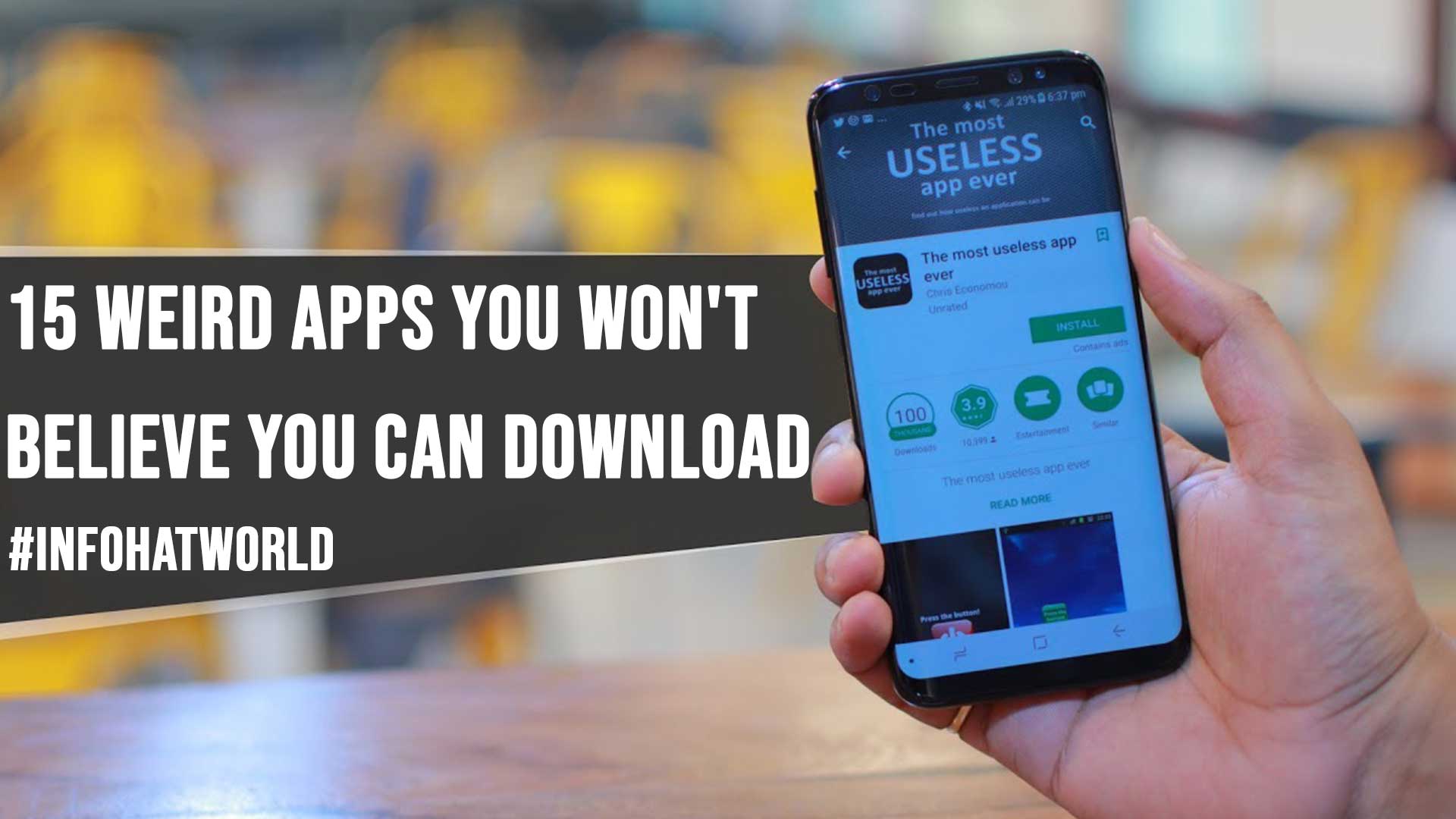 The Tindog app is the equivalent of Tinder only for dogs. Finding a match for your pet is very easy – you need to view potential candidates and swipe to the left if the pair is not suitable, or to the right if the dog is attracted.

Partners are selected by geolocation, so the owners have a chance to immediately agree on a joint walk. According to the creators, the main goal of the app is to find like-minded people who are united by boundless love for their pets.

The most useless application

The most useless app ever really lives up to its name. It’s just an icon that nothing happens when you click on it.

Although the creators initially warn that it is pointless to download the app, users are interested in it. In Google Play, the number of downloads exceeded 100,000, many wrote reviews and put a mark of 5 stars.

iFrenchKiss (iOS) and Give A Kiss (Android) apps are created to test how completely you have mastered the technique of French kissing.

What parameters are used to evaluate skills remains a mystery. Developers warn that you should use common sense when using apps.

Throw up your smartphone

The main idea of the mobile S. M. T. H. (Send Me To Heaven) app seems completely irrational: players need to throw their smartphone as high as possible, and a special sensor measures the height.

Then the final table of results of all participants is displayed. Unfortunately, it is not reported how many devices were affected after downloading this app. In any case, the choice is up to the users.

Is it dark outside?

The Is It Dark Outside? the app tells the smartphone owner whether it is dark outside the window, using the data about its location.

Also, the service can warn of imminent dawn or dusk. Perhaps the application will really be useful for those who are more likely to take your gadget than to approach the window.

Find me in the crowd

LookFor is an app for finding a person in a crowd. You just need to select one of the colors, the screen will automatically light up; and your friend will be able to find you using the identification signal.

The app is hardly necessary for daily use, but one day it can really help out two lost friends.

The Yo mobile app is a simple messenger where you can send a single message to your friends – “Yo”.

At first glance, it may seem that users of other messengers will never be interested in such a novelty, but the application managed to get funding of $1 million, which indicates in favor of its popularity. So the most simple idea brought the creators a significant income.

Rubby Bird is a game in which you need to pet the bird on your smartphone screen for as long as possible.

The app turns on a timer that counts down how much time you spent on the main character of the game. There are no other plot twists in Rubby Bird, but it may be suitable as an anti-stress therapy.

An app for those who find the world too cheerful. It turns any image into dark, gray, or depressing.

Usually, such filters can be found in photo processing applications among other more optimistic ones; but in this case, the creators wanted to convey only a state of despair.

Exercising anywhere and anytime has become even easier with the Finger Treadmill app. Players compete with each other, the winner is determined using the built-in speed counter.

In general, the idea of running on your fingers is really quite surprising and ambiguous.

The program can play extraneous sounds during a phone conversation. This may be the howl of a wolf, the noise of cars or a working elevator, etc.

There are 45 different sounds integrated into the app that you can use to quickly interrupt an unwanted conversation.

App developers position their creation as truly working. The program translates human speech into “cat language” and plays it through the speakers of your smartphone.

It is worth noting that the application has certain oddities, which consist of the reaction of cats to modified human speech.

The vast majority of animals are angry, bite, and try to escape. Other cats, on the contrary, become more affectionate, even if this behavior has not been noticed before.

The program will help you learn to swear words in 68 languages. You just need to enter the desired word in a special window and get its instant translation.

You can also listen to the selected adverb in audio format. It is worth noting that real native speakers worked on the voice-over of the app. So you don’t have to worry about the correct pronunciation of individual phrases.

Also Read: Top 3 Emoji Apps To Use For Your Everyday Conversations

A game that will help you draw a colorful landscape. The app supports choosing the time of day, growing trees, and setting the level of the hilly environment.

Using Grove, you will never create two absolutely identical landscapes. Note that you can set the painted landscape as your desktop wallpaper.

The app is a collection of disgusting sounds: the squeaking of insects, scratching of glass surfaces, screeching of UN-tuned musical instruments, etc. The creators of the program recommend using the service primarily to prank friends and acquaintances.

Here you have learned about the most unusual mobile apps. Now is the best time to try one of them in practice. Perhaps it will win your love and recognition.