Bitcoin is the latest addition to the new digital world. With everything going down the digital path, the world’s currency system has also witnessed a drastic change. One of the biggest changes in the currency system of the world is the addition of bitcoins.

Bitcoins are the digital currencies that are gaining huge popularity with each passing day. But, with the rise in popularity of bitcoins, certain misconceptions are attached to bitcoins. If you want to invest bitcoins, it is very important to know about these misconceptions. 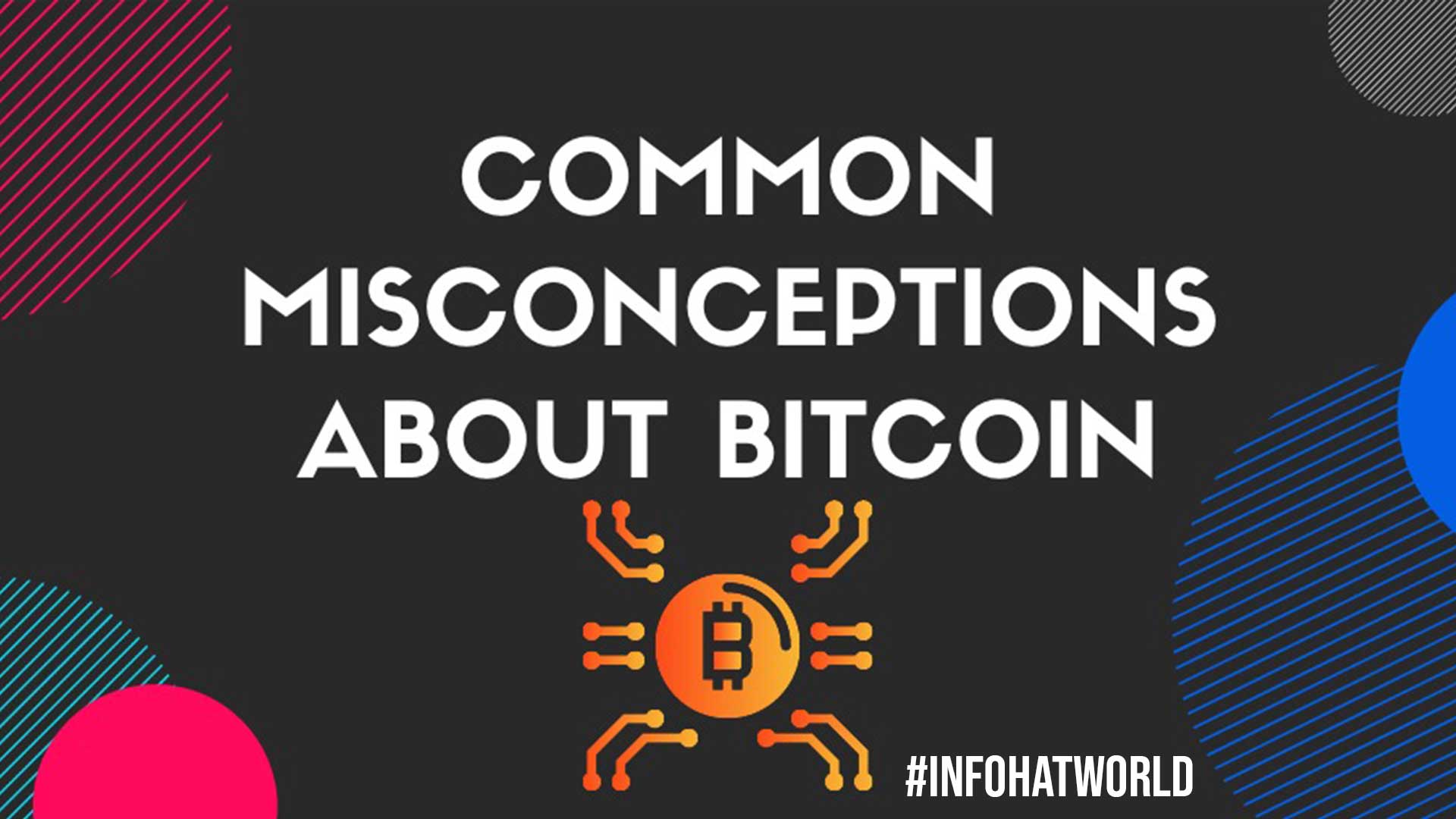 So, let’s know about the major misconceptions that surround bitcoins.

Bitcoins are not completely anonymous. Although it may seem anonymous to people initially, it is not 100% anonymous. The bitcoin blockchain works on a public network, and anyone and everyone can easily see the transactions made in bitcoin.

Your identity is not tied to the bitcoin wallet that you are using, but a person with deep knowledge and insights can potentially link the information easily. If you are interested in bitcoin trading read things to know before you own bitcoin.

Accurately speaking, bitcoins can be called a pseudonymous. This means it is not 100% anonymous, but it offers much anonymity than traditional currencies.

The bitcoin system is pretty private, and thus, it makes it difficult for the observers to figure out what you are doing with the bitcoins stored in your wallet.

As per many studies and the future predictions, it is being said that the future upgrade in the field of bitcoins can make it pretty difficult for any person to get detail about bitcoin and the transactions made in bitcoins.

Also Read: A Beginners Guide to Bitcoin: Everything You Need to Know!!!

Is bitcoin a scam?

Every day hundreds of rumors about bitcoins and its usage are spread on the internet. But the truth is no; bitcoin is not a scam.

Bitcoin was developed more than a decade ago, and it is said to be one of the most secure and reliable currencies the world has ever witnessed.

There are certain loopholes associated with bitcoins, but that does not make it a scam. Although bitcoin always stays in the news for many wrong things, it is certainly not a scam.

You should be aware of some of the major activities when you are thinking about investing in bitcoins. These activities include phishing, social engineering schemes, and different other giveaways and airdrops.

In general, if someone is offering you some drastically different information about bitcoin that you are not aware of, you need to verify it from the correct sources. Never give away your private keys and other confidential information to anyone.

Try to use a safe and secure bitcoin wallet and try to stay away from any scams that hint that bitcoins are too good.

Like all other currencies globally, bitcoins have certain loopholes, and people are trying to minimize these loopholes.

Does bitcoin use encryption?

This is the most common misconception about bitcoins, and you should be aware that bitcoins do not use any encryption. Every peer-to-peer network needs to know, read, and understand the transaction, and they need to know that the transactions are real.

Many crypto wallets and applications involved in the use of bitcoin uses encryption, but to be very frank, bitcoin does not use encryption.

When you invest in any new technology or currencies, it is very important to get details about it and make sure that you know everything about the new technology. So, if you want to be completely safe and secure about these digital currencies, try to get as much information about these technologies as you can.

You can check online websites to know any more information about bitcoins and the technology associated with it.