Whale Tracker App: Amazing Facts That You Need To Know About Killer Whales!!!

You might love Orcas because of their cute and huggable appearance. It might be a rare occasion to see these animals which is why there are various apps developed in order to track whale sightings in real-time.

This can be downloaded and used by the public to check the whale’s GPS location, behavior, and other data as well as report life, dead or distressed whale sightings.

The data collected will be uploaded for research purposes since the entire Killer Whale population is still unknown. There are a lot of things to discover out from the Orcas. 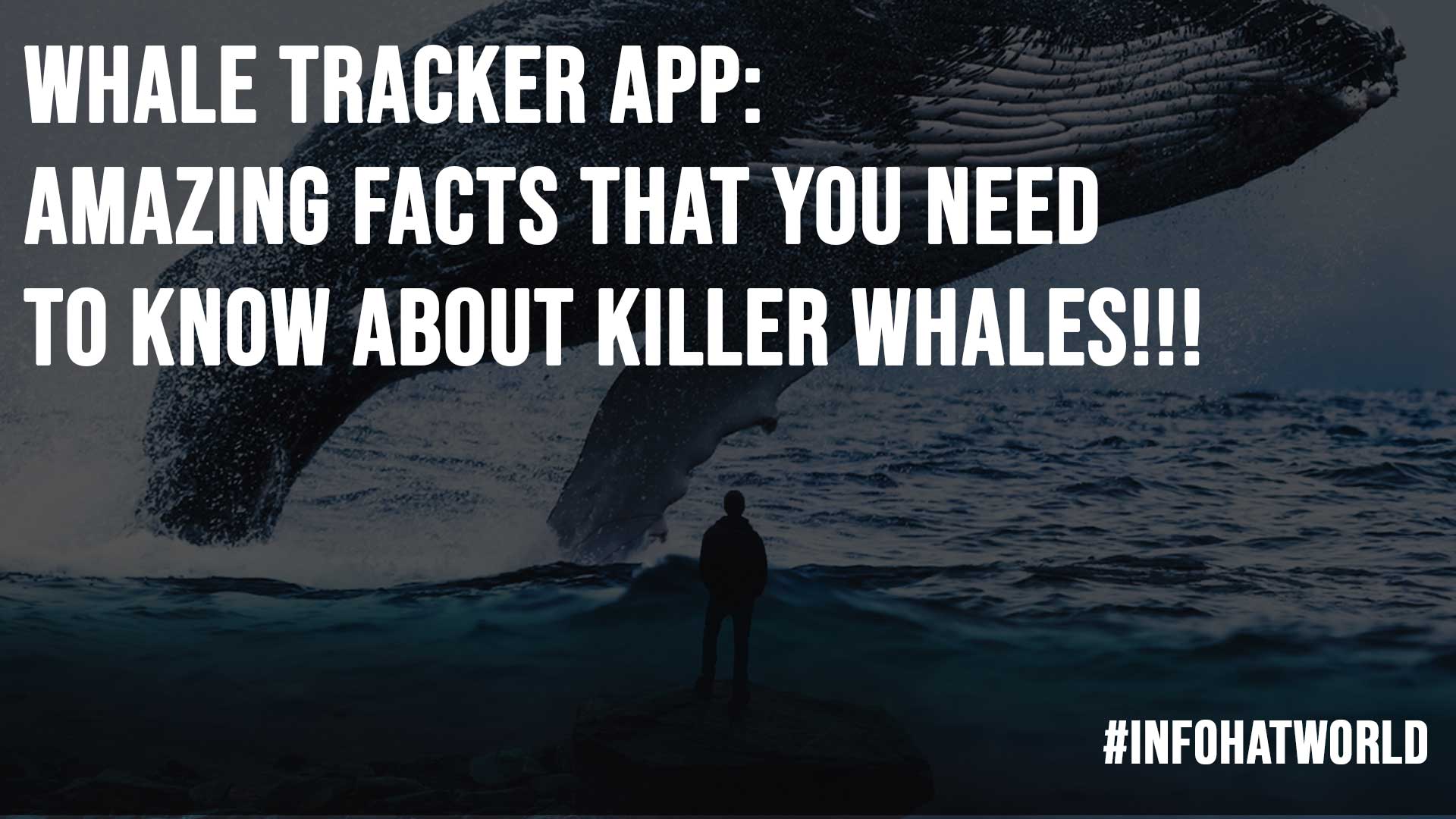 This article is a list of interesting facts about Killer Whales.

An Oceanic Dolphin Often Mislead As A Killer Whale

To start with our list of Killer Whale facts, did you know that there is a false killer whale that actually still exists right now? Their physical appearance is very much the same that often left people confused.

This false killer whale is actually an oceanic dolphin, which usually stays in most tropical regions right now.

Unlike the real killer whales, the false killer whales can quickly adapt to any captivity, which is why you might often see them in some famous aquariums in the world right now.

There was a killer whale that was captured in 1979 that appeared in a movie called Free Willy, and that’s Keiko. Marineland Park in Niagara Falls, Ontario, Canada, bought Keiko in the year 1982.

Keiko had a perfect time performing with people back then until he developed an illness, which caused him to have skin lesions.

In 2002, Keiko was sent back to the wild in Iceland; unfortunately, since Keiko spent his entire life under captivity and fed by humans, Keiko died because he could not adapt to its new life in the wild.

Keiko died in December 2003 in Norway. As you can see, there will always be some advantages and disadvantages to captivating wild animals.

Have you ever tried imagining a fight between Killer Whales and Great White Sharks and wondered who would win the battle between the two? Most people would typically answer that the Great White Shark will win the fight because of its deadly teeth, huge body, and scary appearance.

According to research, the Killer Whales would win all the time if there will be a fight between a Great White Shark and Killer Whale.

That’s because the Killer Whale has a larger body size, excellent hunting strategies, a very smart mammal, and they often hunt in numbers. Great White Sharks are not that clever and they usually hunt alone.

Just to give an example, there were some researchers that are studying Great White Sharks in Southeast Farallon Island in California.

Killer Whales Would Kill Anyone Without Having Any Second Thought

There was an Orca named Tilikum, which is the most notorious and most prominent orca that has been captured.

After capturing Tilikum, he was kept in captivity, and his not so good reputation started in 2010 when Tilikum pulled his trainer in the water at SeaWorld and killed her.

This event became so famous that it spread all over the world. Because of that incident, people already believe that Killer Whales are dangerous, and they also are those type of animal not to play with.

Eventually, Tilikum died because of a lung infection combined with other illnesses.

A newly born orca is commonly called a calf. A calf will stay beside its mother for at least two years before deciding to take its path.

For the first several days of being a newborn, a calf’s tail flukes and dorsal fin will be very flexible, and most of its skin is colored yellow, which will, later on, change into white.

There Is Actually A New Type Of Killer Whale

Type D’s dorsal fins are also pointy, and they have slightly smaller eyes. Researchers also said that these Type D Killer Whales that have been just discovered are really different from Orcas’ older species.

Usually, a female Killer Whale’s gestation period will take at least 17 months, and they only give birth one at a time.

Right after giving birth to an offspring, the female Killer Whale will take care of its calf for not over two years, and she will let her child go to survive on its own.

Killer Whales Are Not Immune To Human Trash In The Ocean

Even though Killer Whales are strong types of sea creatures, they are still vulnerable to any contaminants in the sea.

Killer Whales are also a living creature who is just trying to survive. Some scientists stated in their study that at least half of the world’s Orca population could disappear if this kind of problem continues.

Also Read: 4 Destination to Reach Which are Crypto-Friendly!

Since you already know that Killer Whales are excellent hunters, one of those reasons is because of their skin color.

It helps them hide from their prey, which results in a quieter strike without alerting their target.

Their white spots also allow them to recognize their own, which comes very handy, especially if they are hunting in groups.

Orcas Have At least 45 Teeth

The next time you encounter a Killer Whale, at least you already know not to get close with it. Killer Whales teeth are all very sharp, which can cut through any living thing.

Having a lot of teeth also helps them chew their food faster since they have a massive diet. On average, they eat at least 227 kilograms a day.

Nature can be amusing, interesting, and scary. It’s a plus to learn these facts about Killer Whale so that the next time you encounter these kinds of species, you already have a little insight about them.

If you want to know more facts about Killer Whales, you can visit Facts.net; they also provide other facts that you might like.